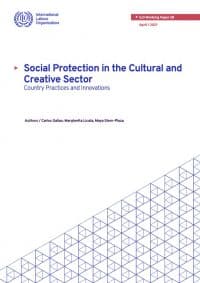 This Working Paper is based on the ILO Centenary Declaration for the Future of Work, 2019, which calls on the ILO to direct its efforts to “developing and enhancing social protection systems, which are adequate, sustainable and adapted to developments in the world of work.”

In particular, the paper reviews policy and legal frameworks in selected countries that have pursued specific solutions to extend social security in the creative and culture sector, in order to identify entry points and mechanisms for expanding coverage.

For some fifteen years now, Swedish union SMF has been developing a union training course for its Malawi counterpart, MUM.

FIM, the Swedish Musicians’ Union (SMF) and the Musicians’ Union of Malawi (MUM) organised a union training workshop in Lilongwe from 23 to 25 October 2018, with financial backing from Swedish confederation Union to Union.

Two issues were addressed at the same time:
1. Union organisation and operation. This part was run by representatives from SMF, the General Secretary of the Zimbabwean union ZIMU and a representative from union confederation MCTU, a partner of MUM.

Forum on unionization of atypical workers in the media and entertainment sectors (Rotterdam, 30–31 October 2018)

On 30 and 31 October 2018 in Rotterdam, FIM, FIA, UNI-MEI and EFJ held a forum devoted to unionization of so-called “atypical” workers attended by some fifty union representatives from Europe. The term “atypical” is today in current use and refers to the working relationship of professionals who, in our trades, are generally called “freelance”. The precariousness which characterizes these forms of work results in particular from European rules in the field of competition law.