Adopted on 26 March 2019, the directive on copyright in the digital single market opens up the way for a fair remuneration of performers.

With its partners from the Fair Internet coalition, FIM has been working relentlessly and continuously for four years now to promote performers’ interests with members of the European Parliament, the Commission and the Council.

Our priority aim was to introduce a remuneration mechanism enabling all performers to receive a fair share of the revenue generated online by the exploitation of their recordings, including after the transfer of their exclusive rights.
Read full post

FIM and the Musicians’ Union of the Ivory Coast (SAMCI) organised a national training workshop in Abidjan, from 16–19 July 2018, as part of its regional training programme backed by Union to Union. The workshop benefitted from a partnership with regional organisation Arterial Network, whose headquarters are in Abidjan.

Since July 2017, SAMCI has been officially recognized as a professional union, has become a FIM member and held empowerment meetings for various communities of musicians, mainly in the Abidjan region.
Read full post 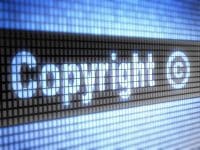 On Wednesday 12 September 2018, the European Parliament adopted the proposed directive on copyright in the digital single market. It also gave mandate to the Committee on Legal Affairs (JURI) to enter into inter-institutional negotiations with the Commission and the Council (trialogue).

This result is a genuine success for performers, achieved after considerable efforts and against a globally hostile backdrop. In reality, the European Commission’s initial proposal fell way short of our expectations, entirely leaving to one side, for example, the central issue of artists’ remuneration where streaming was concerned.
Read full post

FIA, FIM and UNI-MEI have reacted very negatively to the recommendations put forward on the 31 January 2013 by Mr. António Vitorino, the mediator chosen by the European Commission regarding the private copying issue.

In this document, Mr. Vitorino unexpectedly reflects the discourse of manufacturers and importers of recording media who want to avoid paying the levy which is currently required of them, regardless of the fact that, for many years, these multinationals have made considerable profits from the sale of blank media as a result of the countless acts of consumers copying protected contents.

In Spain, where these industries have recently obtained from Mr Rajoy’s government the replacement of the levy by a symbolic contribution from the State, the prices of supports have not dropped one iota, which means that consumers continue to pay the same amount, to the exclusive benefit of multinationals, while creative professionals are henceforth deprived of an essential source of income.

In our opinion, Mr. Vitorino’s proposals are based on a mistaken analysis of the existing mechanisms of compensation. Although certain questions such as double payment doubtless call for practical solutions to be found, their relatively marginal impact does not justify questioning a balanced compensation infrastructure which is at the core of creators’ rights and constitutes a legitimate portion of their revenues.

After several years of uncertainty and series of fresh developments, the European Directive extending the term of protection for performers’ rights in respect to sound recordings has finally just been adopted by the European Council on Monday 12 September 2011.

Against an international backdrop which is largely unfavourable to copyright issues, this initiative has, for several years, had to face often radical opposition from various lobbies, often underlain by arguments that were either inconsistent or simply in bad faith. FIM’s lobbying efforts also encountered resistance from the industry when it came to ensuring that the text really benefitted musicians and not just record producers.

The text adopted represents an historic step forward. It does not just extend the term of protection of neighbouring rights from 50 to 70 years but also includes provisions aimed at correcting imbalances affecting contractual relationships between performers and producers. From this point of view, the text is firmly innovative and, may, we hope, provide a basis for further headway.

All FIM European members are invited to get closely involved in the process of transposing the directive into national legislations. Trade unions from other regions are also encouraged to draw inspiration from the text’s most favourable provisions in order to continue to make worldwide headway where musicians’ rights are concerned.

Organised by Confrontations and CSPH-International, this conference focused on the crucial importance of Intellectual property for all industries based on creation and innovation. The IAEA welcomed the contribution of Commissioner Michel Barnier (Internal Market) who reiterated the commitment of the Commission to tackle the issue of counterfeiting and piracy, recalling their negative impact on jobs. Mr. Barnier also insisted on the need to increase the online legal offer and involve ISPs, while avoiding unnecessary criminalisation of citizens.

IAEA Secretary, Benoît Machuel, expressed the support of the Alliance to the recently adopted Gallo report. He also stated that IAEA would welcome amendments to the Enforcement directive currently under review, that would allow for effective measures directed at those who make of copyright infringement their business, thus promoting illegal behaviours and consciously damaging the jobs and welfare of all those who create and perform. The Commission should ensure that effective, speedy and costless remedies are made available in all Member States for this purpose. “It is not acceptable that offshore platforms based in no-law zones establish their commercial success and wealth on deliberate illicit appropriation of protected contents, while creative workers hardly make a living from their craft”, he said.

He also stressed that most artists were not getting a fair share of the revenues generated by the exploitation of their works and performances. “This is primarily a matter for social dialogue and collective bargaining, which must be encouraged and facilitated. This can also be a matter for the legislator, should such social dialogue remain unsuccessful.”

“The artistic and social dimensions of cultural contents must be systematically taken into account when decisions impacting the creative chain are being discussed and considered, so as to make sure that the issue of the remuneration of creative workers is properly addressed”, he added.