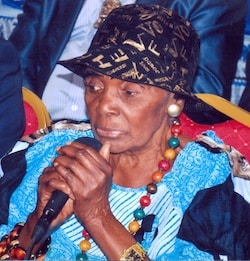 In agreement with right holders (performers, authors and composers), the Cameroonian Government recently decided the creation of a special deposit account allowing copyright users to pay royalties before the such royalties are transferred to the duly authorized collective management organisations.

Meanwhile, the Port of Douala, which had so far been refusing to proceed to any payment for the use of copyright and neighboring rights, suddenly decided to send those payments to the former management of the Cameroon Music Corporation, which is no longer legally authorized to collect these monies. In protest against this violation of the Government’s decisions, the Musicians Trade Union of Cameroon (SYCAMU) duly informed the authorities about its intention to demonstrate.

On Nov. 8th, 2012, SYCAMU thus organized a peaceful march, which was harshly repressed by several hundreds of police members and elite troops ESIR, by order of the Delegate General to national security. More than 500 artists were thrown to the ground and beaten as if they were dangerous criminals, including 85 year-old female singer Anne-Marie Nzié (see picture). 63 of them were detained in custody for more than 7 hours without being charged.

A number of SYCAMU representatives were brutalized and are still under threat today. In particular, Mr Roméo Dika, SYCAMU President and FIM Vice-President, is still accused in some media of having attempted an insurrection, which may be sentenced by life imprisonment or death penalty.

We call upon all musicians and their trade unions around the world to write to Mr Paul Biya, President of the Republic of Cameroon, so that he makes sure that the artists concerned are not subject to any further violence and that the provisions aiming at guaranteeing that artists receive their legitimate payments are fully respected.